Homepage > About us > Achievements
About us

Due to continuous changes of requirements regarding railway cables MANEX started to prepare  the implementation of new technologies. As a result of development and research works MANEX created in 2010 a new product which was tested by the Materials and Construction Components Test Laboratory of the Polish Railway Institute. The positive test results were completed by granting to MANEX by the Polish Railway Institute the Certificate of Compliance with the PN-K 02511:2000 Standard for two types of cables: MXC 1000HF and MXR 1000HF. Thanks to that MANEX was able to start manufacturing of halogen-free cables for railway stock.

Over the recent years MANEX has been continuously introducing new products and technology innovations in order to maintain its well-established standing in the cable and wire producers market.

In 2011 and 2012 MANEX started preparations to obtain the certification of two ˂HAR> types of cables. After completion of very tough audit of documentation and production and measuring capabilities Manex obtained in 2012 the Certificate of Compliance with the new PN-EN 50525-1:2011 Standard for two types of cables: H05V-K and H05V2-K.

In February 2009 MANEX was awarded with the Platinum Award for the excellent partnership with ASTOR Company.

For its outstanding achievements MANEX was awarded three times with the title and the statuette of „The Leader of Entrepreneurship” in the Polish Nationwide Competitions in 2002, 2005 and 2007. The award is being granted for a dynamic development of the company and its adjustment to meet the European Union market requirements in business activities. 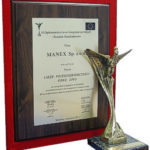 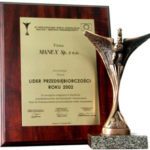 The prestigious titles of the „Business Gazelle” are granted every year by the Polish leading business daily „Puls Biznesu” („Busines Pulse”). These awards confirmed the high market position of MANEX and its affiliation to the elite group of the most dynamic developing companies in Poland. MANEX was granted with „Business Gazelle” award in 2007 and 2008 and again in 2014. 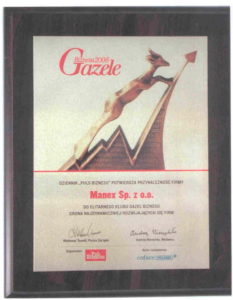 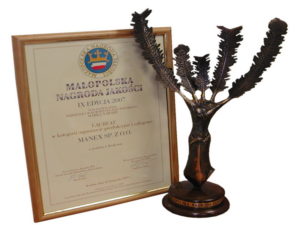 In December, 2007 MANEX has won the Polish Nationwide Fair Business Competition in the category of power, water and waste management for the Project: „Cooling process technology with the heat recovery used at the production line”. The waste heat recovery solution presented in the awarded project was later implemented by MANEX to heat its production halls and produced significant economic results as well as improved the environment protection. 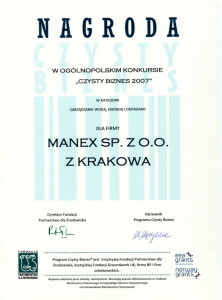 MANEX was awarded for 2007 with the „Smart Company” certificate in recognition of its achievements in the effective management of the Company’s financial activities. As a result MANEX was recommended for  business cooperation as a smart, serious and reliable company.

In 2006 MANEX was awarded at the PLASTPOL 2006 International Fair in Kielce, Poland with the Prize for the Rotary Cutting Knife integrated with the extraction belt. 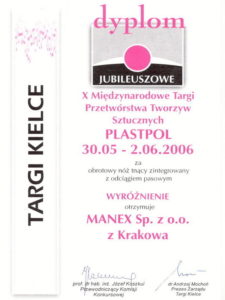